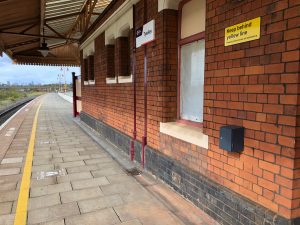 Vintage Trains adopted Tyseley mainline station from West Midlands Trains in 2020, and are working closely on developing the station with the Friends of Vintage Trains, West Midlands trains and other rail organisations, including the Heart of England community rail network, who support local involvement in developing local stations. 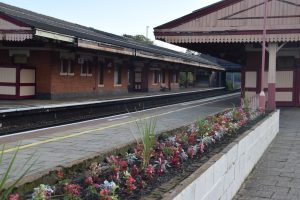 The Friends have already worked on some of the flower beds, a job which has been made easier by the installation of a water tap on the platform, funded by West Midlands Trains. This work has been paused whilst a registration system for volunteers who require access to work on the station is being developed in conjunction with West Midlands trains; a straightforward system that meets all of the requirements for insurance, supply of high-visibility vests and other details is now in place.

Strong links are also being developed with the Shakespeare Line Promotion Group, who have similar arrangements for the stations from and including Spring Road (the first station past Tyseley on the Shakespeare Line) to Stratford-upon-Avon, and also garden centres such as the Earlswood Garden Centre who have donated plants and compost to the Friends. A member of the Friends was also present when the Rotarians planted some purple crocus bulbs in the flower beds on the station to acknowledge World Polio Research Day.