This page has images of volunteers working at Tyseley, Stratford-on-Avon, representing Tyseley at some other events and some social activities. It also shows some projects that volunteers have been involved with, not all of which require knowledge of the railways of engineering skills – for example, the Tyseley Station adoption relies on volunteers with many skills, including gardening and painting/decorating.

Volunteers working at Tyseley and at Open Days

Some projects that volunteers have been involved in:

There are many ways in which volunteers can support the Polar Express Christmas trains, for example by sending out tickets and other information to customers 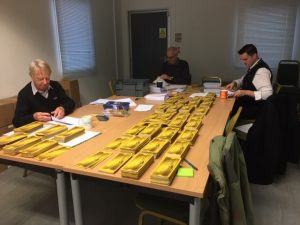 Volunteers representing Tyseley at other events

The social side of volunteering