Membership of The Friends of Vintage Trains offers several benefits to members:

The Steam in Trust magazine 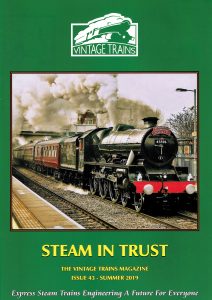 A range of social events are offered to members of the Friends and a guest free of charge. A complimentary finger buffet is usually included as part of the social. Our next socials are on  an afternoon social on 20 August 2022 and an exclusive visit to the Wythall Transport Museum on 7 September 2022.

The most recent social was held on  Saturday October 16th 2021, with John Perkin, who is well known in railway circles for his enlightening and enjoyable talks; his theme for this social was RAILS THROUGH BIRMINGHAM, a photographic journey through the City of  Birmingham in the days of steam along the former Midland, London North Western & and Great Western Lines.

Details of our previous socials are on our social events page. These have included Bob Meanley, who had recently stepped down as Chief Engineer of Tyseley Locomotive Works after 20 years in the role, giving a talk entitled Looking Back. Les Ross, who is well-known for his time at BRMB, joined us for the evening and was in discussion with Bob after Bob’s talk – audience involvement was encouraged. 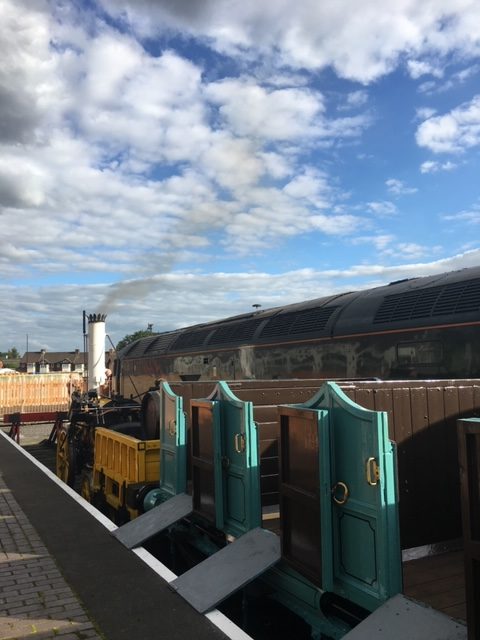 Concessionary admission tickets are usually available for most Tyseley Locomotive Works Open Days to The Friends of Vintage Trains members holding a current valid membership card which must be produced when purchasing an Open Day ticket.

The Open Days offer a range of attractions alongside access to the Tyseley site; for example the Summer 2019 Open Day offered free rides on the visiting Rocket replica train.